Get updates and learn from the best

Easter weekend always brings to mind family gatherings, bunny ears, and egg hunts – but especially chocolate and other baked treats (I guess that’s a perk of most holidays though, right?). This vodka infusion was inspired by a traditional Easter dessert made in the Spanish region of Catalonia – called The Easter Mona. It’s a fruit-cake style loaf often served with an egg baked right into the center of it. Of course, there are no baked eggs in my recipe, but you’ll get plenty of baking spices, such as vanilla and cinnamon bark, as well as raisins and dried apricots for a festive twist. It’s a versatile infusion, best for mixing with a modifier or two and a mixer. I’ll be sharing two cocktail recipes meant to tide you over from morning to night! Starting with a specialty coffee recipe, and followed by a highball sipper specifically concocted for the grown ups to enjoy on the porch while the kids hunt for chocolates in the yard. Hoppy Spring, everyone!

*This recipe accounts for a mickey (375ml) of Cre8 Vodka, for a full bottle, double recipe!

Stay tuned for the next post, where I’ll share how I turned this infusion into a fabulous cocktail! 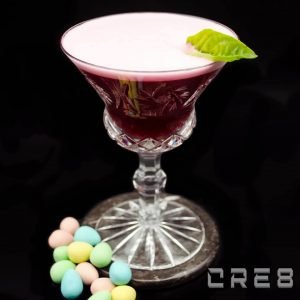 This is great and Vegan! CRE8 Cocktail by Camille Hopper-Naud BB is for Beet & Basil. Loosely-inspired by a traditional Amaretto Fizz, but swapped out 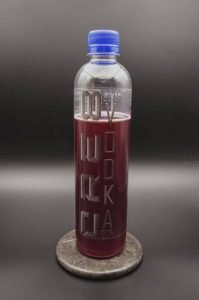 In celebration of the long weekend and the Easter holiday I put together this Beet & Basil Infusion. CRE8ion by Camille Hopper-Naud Beets have that